Alright, I know I’m blogging this late, but… who’s going to stop me anyway?

I’ve wanted to share about the latest Korean dramas I’ve watched. I just couldn’t find the time to do it last year here in my blog. Still, I guess, I can catch up.

1. Women of the Sun (Sisters In Love)—this 2008 Korean drama was replayed on KBS World in 2012. I found myself drawn into its plot because well…I can relate. It’s about a famous TV media personality who seems to be the most perfect woman you’d think she is. She has it all: education attainment, rich family, talent, looks and a hunky boyfriend. But behind the beautiful face is an insecure girl afraid of losing her parents’ trust and because of a terrible deed she had done to her five year old sister whom she abandoned at the Seoul Central Train station when she was 13 years old. How they met again and under what circumstances was a frightening maze of emotions especially for an adopted girl. But the end of it was beautiful, depicting two sisters’ desire for revenge, love, family and ultimately, forgiveness. 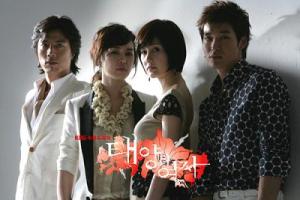 2. The Bridal Mask (Gaksital)—oh , I watched this because of Joo Won (Ojakkgyo brothers, Baker King). And this did not disappoint me. I really like the way Koreans do historical dramas/movies. Gaksital is one of them. The Bridal Mask is about the hero/freedom fighter who emerged during the Japanese occupation in Korea. 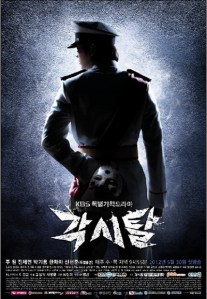 3. The Princess’s Man—Let me just say I nearly had a heart attack when I finished this one. No kidding! This K-drama has all the elements: suspense, strong plot, good story line, romance and tragedy. Good thing the ending wasn’t tragic, or I might have launched an online protest campaign. 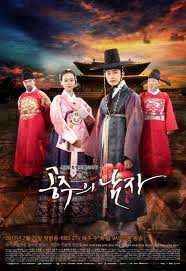 4. Moon That Embraces the Sun—another historical drama. It’s about a gripping love story of a fictional Korean king with a shaman set during the Joseon Period. I’m happy it has a happy ending.

5. Pink Lipstick—it’s about a woman who found out her husband had an affair with her best friend. The story is similar to My Husband’s Woman, another K-drama, but seasoned with a different twist. Wife finds out their adopted daughter is actually her husband and her best friend’s lovechild. After her divorce, she finally made up her mind to take revenge against them.

6. King Gwanggaeto—this lengthy historical KBS drama was at first difficult to watch. It’s difficult to remember the names of the numerous characters. But this is a good one, if you like to study Asian history. 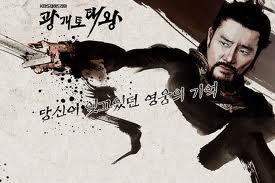 7. Love Rain—got me enthralled, really. The first episode of this sweet melodrama was set in the 1970s when two college sweethearts first met in the rain and showed their love story. After a bittersweet parting, they meet again after many years, the woman, a widow, has a daughter, and the man is a divorcee, has a son. Their children fall in love with each other set in the backdrop of a modern Korea.

I’m not through yet…I’ll tell some of the others…on my next blog. 🙂

Frustrated chef, a certified foodie, kikay, a history buff with itchy feet cravings. A writer chasing deadlines. Someone who loves to chat about things seldom people would like to talk of. A daydreamer who envisions of being able to travel high and wide, by faith… counting on God, believing in His promises and plans.

Check out my posts about...