My heart breaks as I write this. My country, battered by a monstrous storm named “Yolanda/Haiyan,” is now struggling to come to terms with what just happened while the global media’s spotlight is again trained on us. The aftermath of this hurricane/super typhoon/cyclone (whatever you call it) has had more than half of the population of the Philippines brought to their knees asking for divine mercy.

Words are not enough to describe the desolation felt throughout the land. Days before Haiyan struck Leyte and the neighboring provinces it razed unmercifully, I had this eerie feeling that something is amiss, that something horrendous is about to occur. Supposedly, my mom and I, together with close friends are to go up north for a three day vacation in Laoag and Vigan on the first week of November. For some unknown reason, my mom was anxious and kept telling me we should postpone because she feels uneasy. But when one of my friends who is supposed to join us failed to get her vacation leave approved by her boss, I decided right then and there to cancel our Ilocos trip. They sighed in relief after I decided to postpone everything and settled for a refund of our initial down payment with a travel agent.

On the day we were supposed to come back from our scheduled trip, Haiyan entered the PAR (Philippine Area of Responsibility). Though the entire nation had been warned of the strength and possible damage the storm could bring to us, no one realized it would wreak havoc this way. The Philippines is no stranger to strong storms, typhoons and other calamities. It’s the number one reason why we’ve been called “resilient” by other nationalities. We thought we can always withstand everything. This time though, that attitude of resiliency is put to the test. 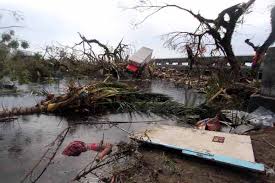 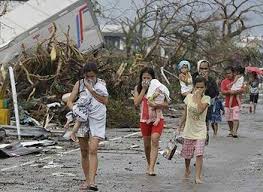 I cried—who wouldn’t—when I watched the news lately. I don’t like this feeling, but I absolutely have no right to compare my feelings with the anguish the people of Leyte, Samar, Iloilo, Cebu, Bohol are feeling right now. When Haiyan/Yolly struck our minds automatically went to my aunt (my mom’s first cousin) whose house is situated near the coast line in Cabuynan, Tanauan, Leyte. My aunt’s sister, who works in Australia, was desperate for news updates because none of us can contact her or anyone from her family in Cabuynan. All communication lines are down. We thought they are safe as everyone were prepared to overcome the worst and most of the people of Leyte have already sought refuge in evacuation centers set up in higher grounds as a precautionary measure. And so we thought.

Only after Haiyan exited the Philippines did we realize the gravity of its fury, the magnitude of its power. After seeing the images of the aftermath of its onslaught, I thought: Lord, where are you?

During the campaign period last April, I got the chance to touch down some parts in Leyte briefly. We traveled from Tacloban City and passed by the towns of Palo, Tanauan, Tolosa—I can no longer remember the others—but it made me realize that this town, my mother’s hometown, is very beautiful.

I told my mom I am raring to go back there. My mom insisted that I’ve already been to Leyte when I was –3 years old! But she promised, someday we would come visit it again. The last time she got to stay at her relatives abode there was some years ago together with my dad. Months after their Leyte sojourn he passed away in 2005.

That’s why after this tragedy, my heart weeps to see the place turn into a wasteland.

General Douglas McArthur famous quote: “I shall return” rings in my mind. I know that given time, Leyte shall return to what it was before—back to being strong, extra resilient and more beautiful than ever. I have no doubt we could do so if we just continue to pray and humbly seek the Lord’s presence.

And so help us God.

2 thoughts on “For the Love of Leyte”

Frustrated chef, a certified foodie, kikay, a history buff with itchy feet cravings. A writer chasing deadlines. Someone who loves to chat about things seldom people would like to talk of. A daydreamer who envisions of being able to travel high and wide, by faith… counting on God, believing in His promises and plans.

Check out my posts about...